We arrange two full programmes of events, covering about six months each and running from April to October/November, and then again through to March.  The listing below covers October 2015 to April 2016.  Take a look, or you can download the printed version in pdf format. Nearer the time of each event, clicking on its title will take you to a page with more details.

If you are not a member, you are still very welcome to attend. There is no entrance fee for our talks, but we do invite non-members to consider a small donation of £2.

Monday 19th – TALK – “Vanished City” a second talk by Tom Bolton
London is constantly on the move. There is so much change all around us that we scarcely notice it, but places that are vanished and forgotten include some of London’s most famous – and infamous – neighbourhoods.

Sunday 1st – BOTANY WALK – “Autumn Colours and Fungi”.
A fungus foray over Croham Hurst taking in the colours of Autumn on the way. Meet at 10.00 by the junction of Croham Manor Road and Bankside, South Croydon. Led by Jane McLauchlin and Malcolm Jennings, in conjunction with Surrey Wildlife Trust.

Saturday 28th – Our annual FOCUS meeting with talks on “Human Origins”.
From the earliest times to the development of humanity in Europe during the Upper Palaeolithic: this topic to be covered by Dr Jill Cook – Keeper, Department of Britain, Europe & Prehistory at the British Museum. The second speaker will be Professor Fred Spoor, Professor of Evolutionary Anatomy in the Research Department of Cell and Developmental Biology at University College, London; also, Professor, Department of Human Evolution, Max Planck Institute of Evolutionary Anthropology, Leipzig, Germany.  Each will give a talk of ca. 45 minutes. As usual there will be an interval for tea between the talks. At the end there will be a session when questions can be put to the speakers.  David Sweet Hall, ECURC 14:30.

Monday 30th – TALK – “Coach Roads to Brighton”.
A talk by Geoff Hewlett, retired teacher from Whitgift School. The talk will look at the problems presented by the landscape the coaches crossed, the evolution of the turnpike roads, changes in stage coach construction, and stories connected with people and incidents along the roads.

Wednesday 9th – TALK – “An Introduction to the Diversity of the John Gent Collection.”
A Talk by John Hickman and Carole Roberts. The many thousands of topographical views provide an unparalleled insight into the shape and social history of Croydon, but the collection goes much further. We will be having a convivial peek into what else the it holds. 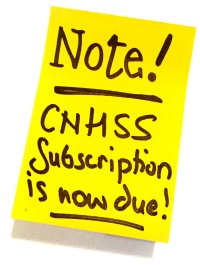 Monday 18th – TALK – “Transforming Victoria Underground Station”.
A major civil engineering project is currently underway, this talk, by Kathryn Waghorn, one of the engineers, will focus on the reasons for the project, an overview of the scheme and reviewing how the interfaces with the existing station are proving a challenge.

Saturday 23rd – VISIT – “Dennis Severs House”.
This Georgian house at 18 Folgate Street, Spitalfields is more than just a time capsule, it is both a breathtaking and an intimate portrait of the lives of a family of Huguenot silk-weavers, a magical experience. Pre book and pay with Celia Bailey 020 8686 5610, as numbers are limited, by January 9th, £12 per person. Meet outside at 10.45.

Monday 25th – TALK – “William Stanley, The Man and his Halls”.
Some additional Light on William Stanley, the construction of the Stanley Halls and their early days. A Talk by John Hickman.

Wednesday 10th – TALK – “Reflections on Moated sites in Surrey”.
Richard Savage will talk about these hard to find places, including the site at South Norwood dug by the CNHSS in 1972.

Monday 22nd – TALK – “London’s Sailortown in the 18th century”.
Derek Morris, a noted local Historian, will look at Shadwell and Ratcliff, challenging the well-established stereotypes that purported to describe London’s eastern parishes in the eighteenth century.

Monday 29th – TALK – “Out Of The Borough Archives”.
A talk by the borough archivist, Lindsay Ould. This talk will focus on some of the lesser known collections and highlight how these are being accessed by groups or local researchers.

Sunday 6th – WALK – “Purley Way Industries”.
Join Tom Smith, Wandle park Volunteering and Learning Officer to look at some of the exciting things produced in this area, we will discover the largest brick built building in Europe, the site of a Hollywood film, giant factories, art deco and the world’s first airport! Meet at 10.30 outside Airport House, Purley Way.

Sunday 6th – VISIT – “Croydon Airport”, a tour of the Croydon Airport Visitor Centre.
The magnificent terminal building, opened in 1928, set a new standard for air travel. It was the world’s biggest and most advanced airport at the time. Meet in the booking hall, Airport House, Purley Way, Croydon, CR0 0XZ, at 14.00.

Monday 7th – TALK – “Rock of Ages: Stonemasons – The Architects of Mediaeval Europe”
James Wright, Senior Archaeologist, MOLA will talk on historic masonry, the men who shaped not only the material but the architectural appearance of the Medieval period.

Saturday 12th – BOTANY WALK – “Winter Trees and Local History”.
Another walk on Coulsdon Common through newly created Wood Pasture and alongside hedgerows, Led by Richard Dargan at 14.00 in the public car park behind the Fox pub, in conjunction with Surrey Wildlife Trust.

Monday 21st – TALK – “Who Did You See At Croydon’s Empire, Grand and Davis Theatres?”
An historical review of Croydon’s last surviving major Theatres and their famous performers (with film clips), A talk by Richard Norman and Carole Roberts.

Saturday 26th – WALK – “The ‘Beckenham Cemetery.”
Led by John Hickman, meet at the rear entrance, beside Harrington Road Tram Stop, at 14.30. Opened in the mid-1870’s, it has been the destination of the local ‘Great Majority’ ever since. Visiting the graves of heroes and heroines, Bishops and actors and hear of their ‘life doings.’

Monday 4th – TALK – “Mapping the Geology of Croydon and East Surrey”.
Paul Sowan will talk about how geological maps have been made since 1819, and what they do and don’t tell us! Illustrated with examples from the Society’s collection.

Sunday 10th – BOTANY WALK – “Wonderful Wood Anemones”.
An early Spring walk through Selsdon Woods when hopefully the Wood Anemones will be at their best. Meet in Selsdon Woods car park off Old Farleigh Road, Selsdon at 14.00. Led by Jane McLauchlin and Malcolm Jennings, in conjunction with Surrey Wildlife Trust.

Wednesday 13th – TALK – “Croydon’s Connections with the slavery business”.
Sean Creighton will discuss the emerging evidence about these links in Croydon and the beginning of the black presence in the area, and The Legacies of British Slave-ownership project at University College.

Followed after refreshments, by the Presidential Address given by John Hickman. “Letters to the Editor”. A micro-history of South Norwood through letters written to a local newspaper a century or more ago. Everyday life may have changed, but have attitudes and perceptions?

Monday 25th – TALK – “You Don’t Know What You Are Talking About?”.
A talk by Ron Cox who is retiring after 68 years of talking local history. In his farewell talk to the Society he reflects on the changes that he has seen in the study of Local History – both locally and nationally – and will relate some of his experiences on the way.